There are many examples in modern genomic science where neither form of reproducibility is achieved, hence a burgeoning movement called “reproducible research” has had significant interaction with practitioners in genome biology.

The National Academy of Sciences has issued a report on statistical and methodological concerns in the domain of reproducibility: 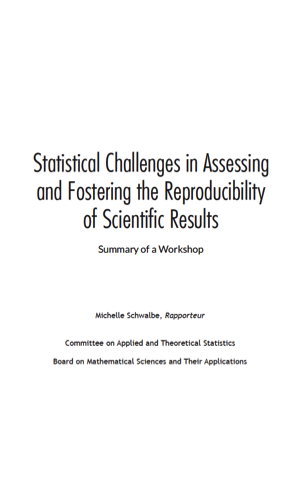 A number of interesting infrastructure responses to reproducibility problems are noted by Victoria Stodden: 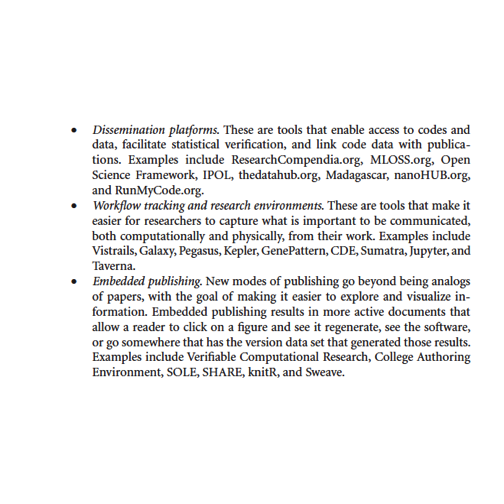 She also gives a treatment of statistical reproducibility: 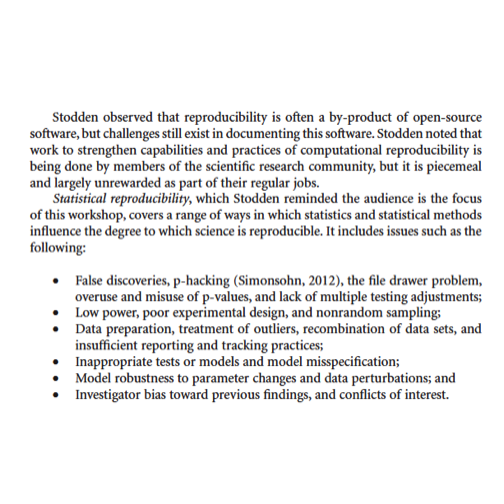 Topics to be covered in this unit

We want to be able to foster reproducibility and extension of our work. To this end we will cover

The left panel of this diagram illustrates a somewhat unexpected situation with statistical testing. The axis measures the replication probability for some simple experimental designs as a function of the -value obtained for an initial experiment. The solid line marked “1” traces the relationship between the -value and the replication probability for a one-sample test of the null hypothesis that the mean of a population following the normal distribution is zero. The sample size is 10, and the significance level is 5 percent. The figure shows that if the initial experiment produces a -value of 0.025, the probability that an identically designed experiment will achieve a -value no greater than 0.05 is about 70 percent. To achieve high probability of replication (say, greater than 90%), the initial experiment should have a -value less than 0.01. 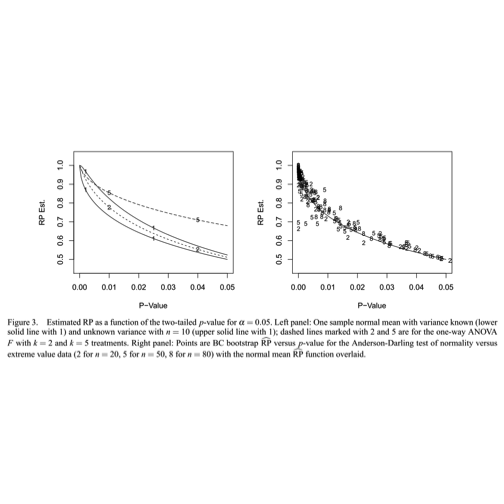 The upshot is that -values are statistically variable, but their uncertainty is not reckoned in conventional usage. Boos and Stefanski suggest that the order of magnitude of is fairly reliable but finer-grained distinctions are not.

Some material from the NAS workshop: Valen Johnson (PNAS paper)

In the following, UMPBT denotes ‘uniformly most powerful Bayesian test’. This is a relatively recent notion that has been described in an open publication by Valen Johnson Regardless of the reference to Bayesian concepts, the effects of pursuing more stringent criteria of significance must be addressed. 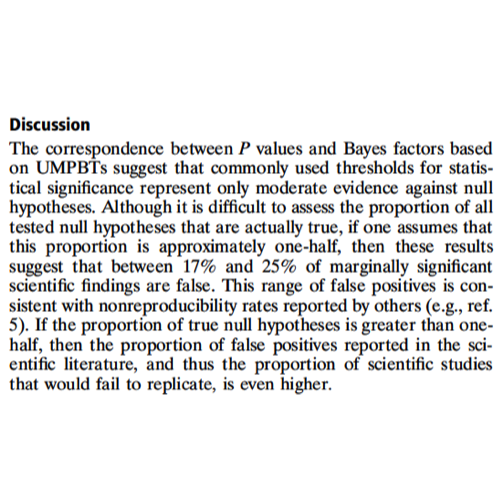 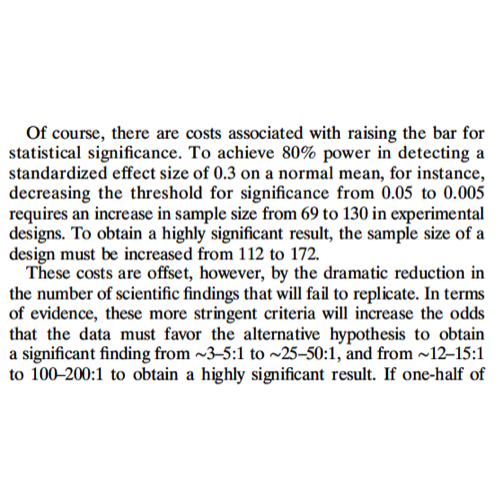