The normal approximation is often useful when analyzing life sciences data. However, due to the complexity of the measurement devices, it is also common to mistakenly observe data points generated by an undesired process. For example, a defect on a scanner can produce a handful of very high intensities or a PCR bias can lead to a fragment appearing much more often than others. We therefore may have situations that are approximated by, for example, 99 data points from a standard normal distribution and one large number. 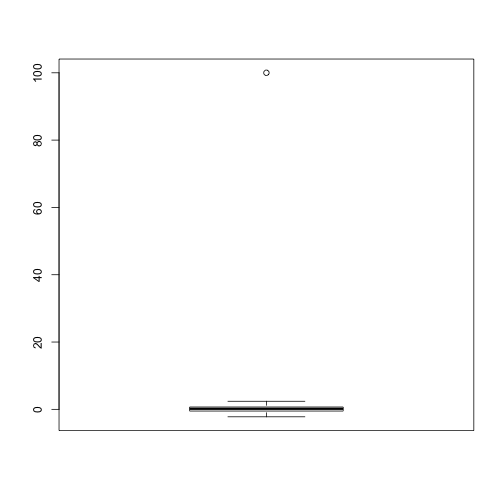 In statistics we refer to these type of points as outliers. A small number of outliers can throw off an entire analysis. For example, notice how the following one point results in the sample mean and sample variance being very far from the 0 and 1 respectively.

The median, defined as the point having half the data larger and half the data smaller, is a summary statistic that is robust to outliers. Note how much closer the median is to 0, the center of our actual distribution:

The median absolute deviation (MAD) is a robust summary for the standard deviation. It is defined by computing the differences between each point and the median, and then taking the median of their absolute values:

The number is a scaling factor such that the MAD is an unbiased estimate of the standard deviation. Notice how much closer we are to 1 with the MAD:

Earlier we saw that the correlation is also sensitive to outliers. Here we construct a independent list of numbers, but for which a similar mistake was made for the same entry: 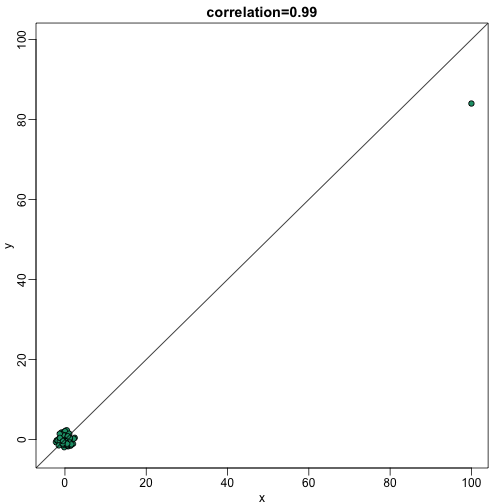 The Spearman correlation follows the general idea of median and MAD, that of using quantiles. The idea is simple: we convert each dataset to ranks and then compute correlation: 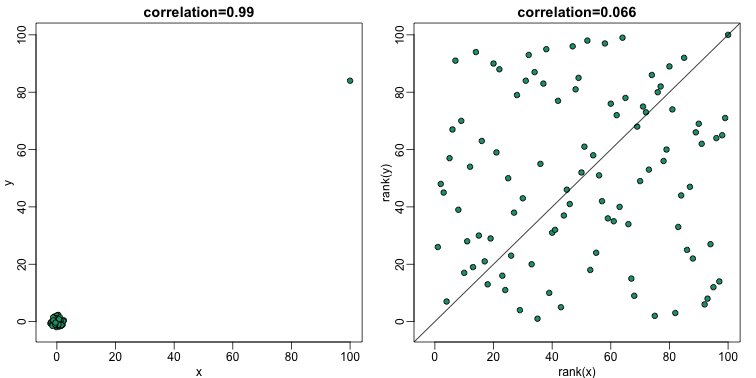 We also note that there is a large statistical literature on Robust Statistics that go far beyond the median and the MAD.

Ratios are not symmetric. To see this, we will start by simulating the ratio of two positive random numbers, which will represent the expression of genes in two samples: 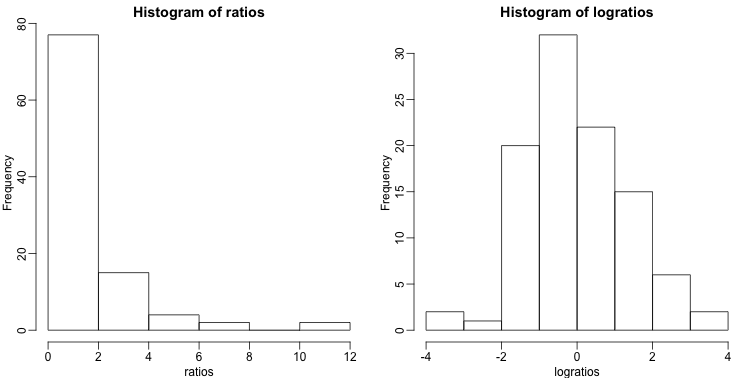 The problem here is that ratios are not symmetrical around 1. For example, 1/32 is much closer to 1 than 32/1. Taking logs takes care of this problem. The log of ratios are of course symmetric around 0 because:

As demonstrated by these simple plots: 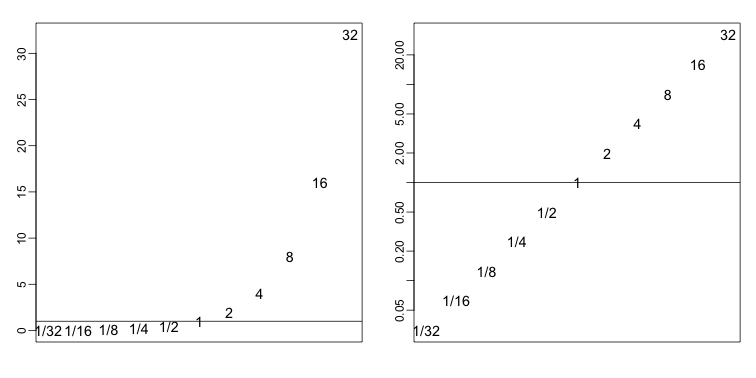 In the life science, the log transformation is also commonly used because (multiplicative) fold changes are the most widely used quantification of interest. Note that a fold change of 100 can be a ratio of 100/1 or 1/100. However, 1/100 is much closer to 1 (no fold change) than 100: ratios are not symmetric about 1.